The troopers of 3rd squad plummeted from the low flying drop ship. They pierced Crovus’ acrid clouds like the orbital bombardment that had preceded them. Sonic optics helped them orient on the terrain below. A high bluff overlooking a broad valley was their objective.

Thrust chutes strained against the shrouded ground. Troopers gritted their teeth in a brief moment of agony. Without training and stims most men would lose consciousness from the sudden deceleration. Before the pain registered they were on the ground. It was challenging to see through the thick sulfuric fumes even with optics. Trooper Korlen toppled forward over jagged rocks and down the side of the bluff. Others sprawled, laying on their chutes or staggered trying to remain upright while they released the heavy entry packs.

“Korlen!” Sergeant Gridmark bellowed, “Stop fucking around and get up here.”

Korlen didn’t acknowledge the order but rolled out of his entry pack and clumsily crawled up the gravel covered slope toward their position. 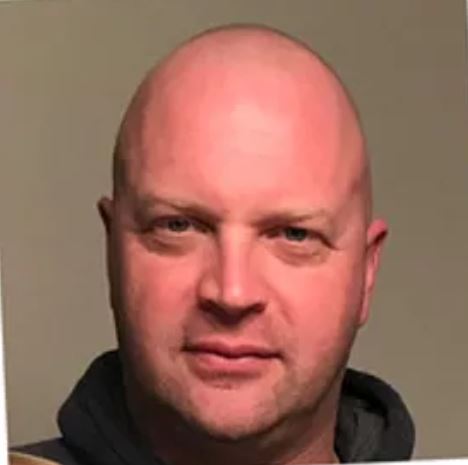 Jesse helped me to proof read some texts for the website. He is also a writer. Check out his work by clicking on his profile picture.

“No wonder the vermin call this home,” someone offered. “

Stop it you two.” Gridmark threatened. “Get that scanner setup.”

Felh knuckled his helmet’s rim unconsciously and set to work. It took about a minute to set up scanners enabling command to overlay ground generated data with orbital readings. And a minute was all they had.

Korlen reached the slope’s top with the rest of the team. His gear was torn and covered with rocks and dust. The dust wasn’t visible through sonar optics but it filled one’s mouth with every breath of rancid air.

“We’ve got movement!” Felh exclaimed, after jacking his optics into the sensor array.

Felh moved his head, rapidly orienting himself to the device’s new flood of data. “Here!” He pointed to a ridge that broke away from the bluff. “There’s movement coming right up the top of it.”

“Karl, get that cannon over here.” Troopers scurried into the limited cover available on the bluff’s top. The squad had taken as many of the newly issued high explosive rounds they could get for their sole heavy weapon. Gridmark muttered under his breath, he hated not being able to see the enemy with his own eyes.

“Shoot the big ones first.” “Emperor’s balls, there’s a lot of them.” Felh exclaimed.

“We’ll have air support in moments.” Gridmark forced himself to sound confident.

A tortured scream pierced the wasteland’s putrid air. The auto-cannon replied, ripping into the horde of abominations rushing up the ridge. Hell had opened its gates and an endless wave surged forward to vent its hate.