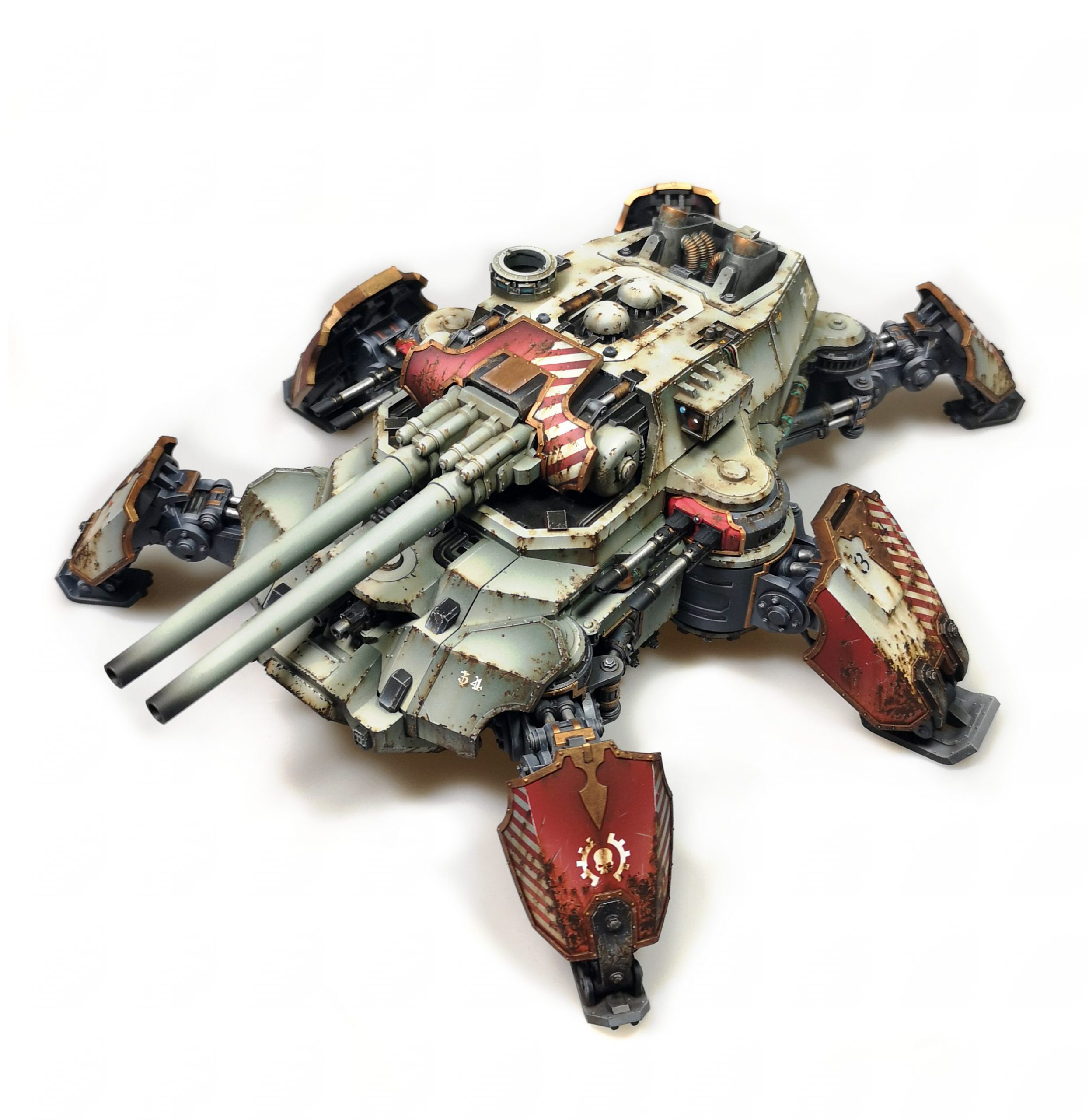 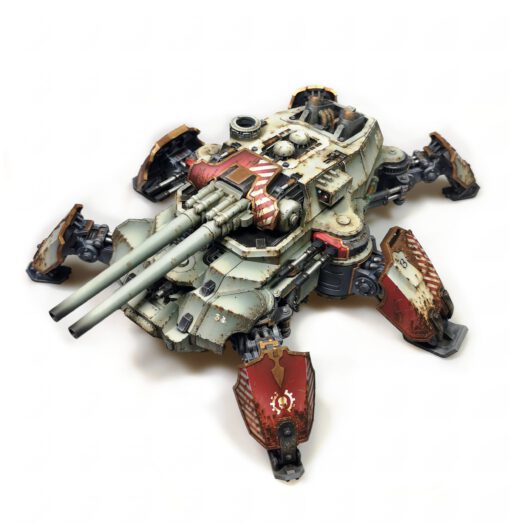 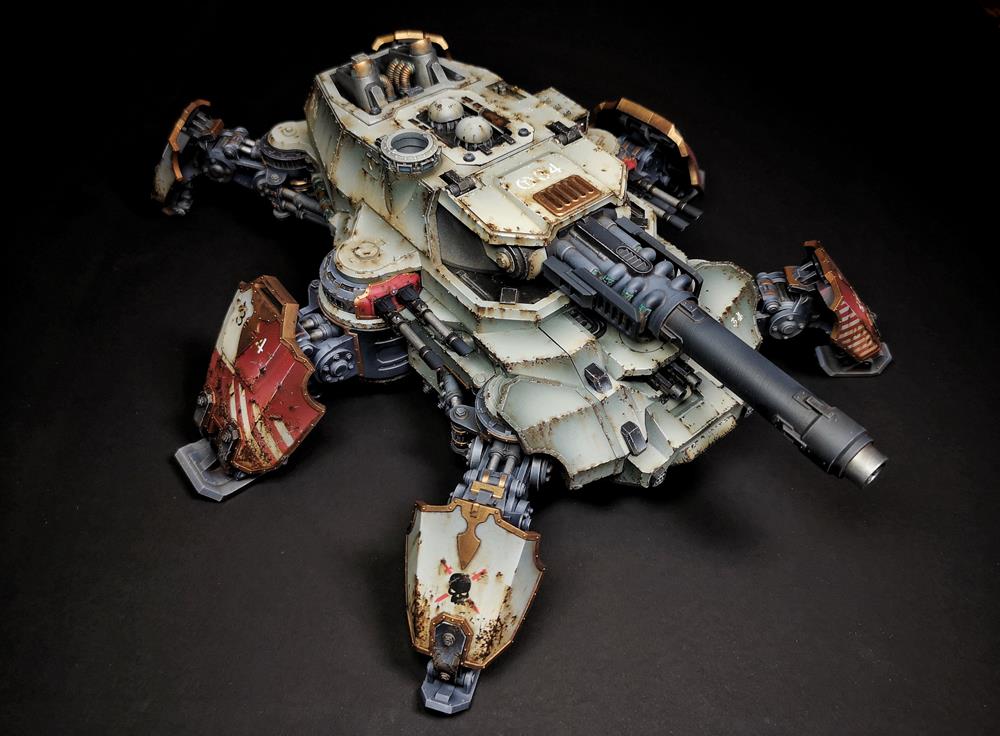 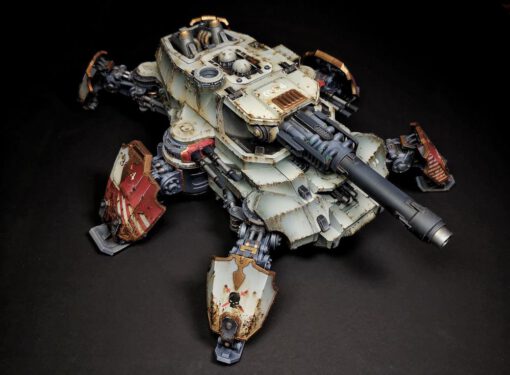 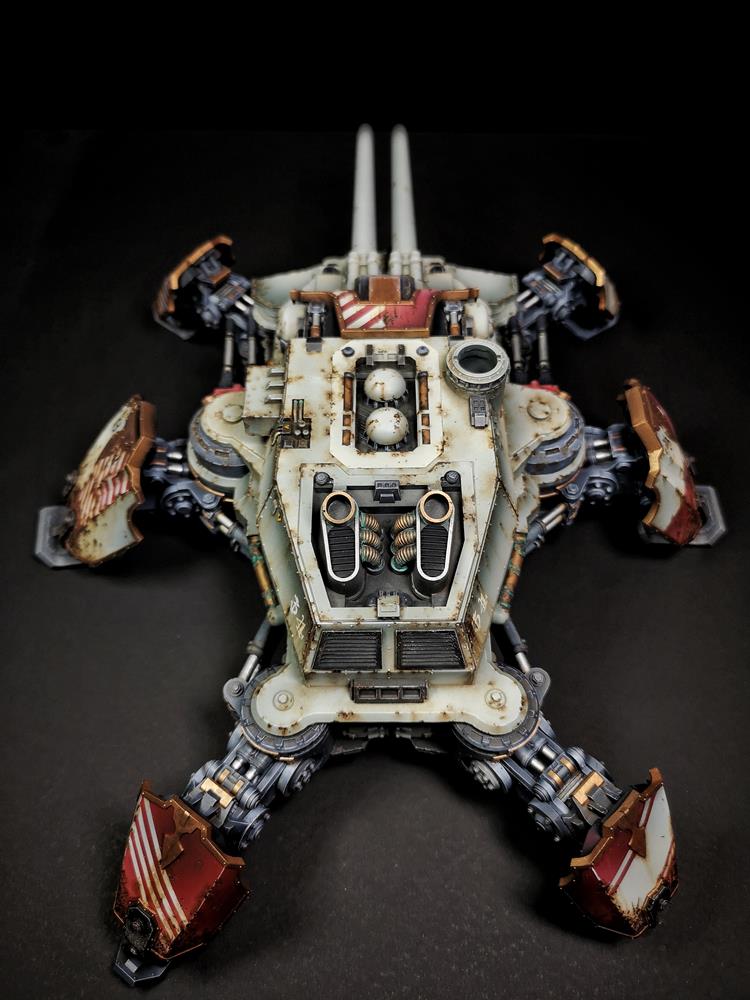 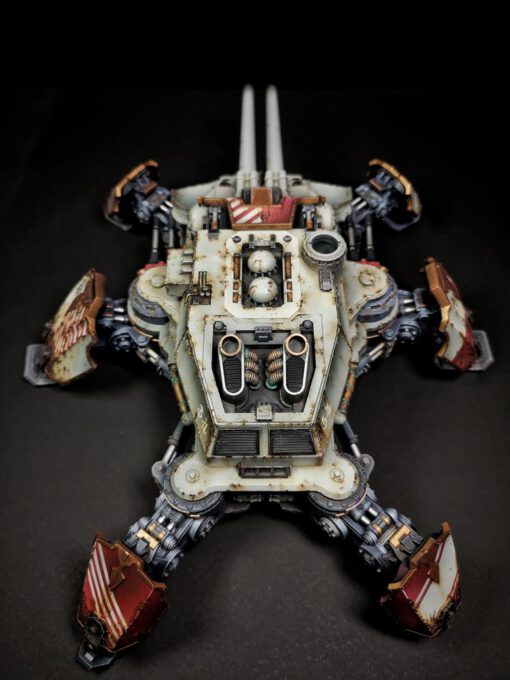 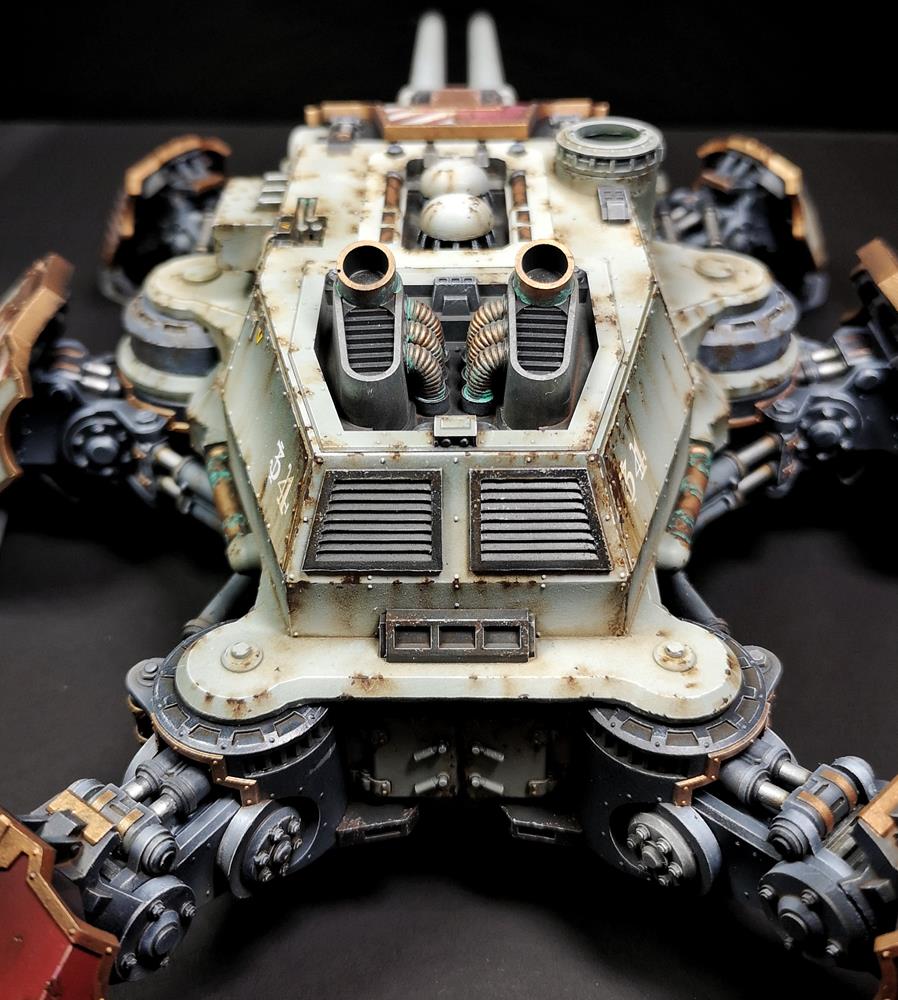 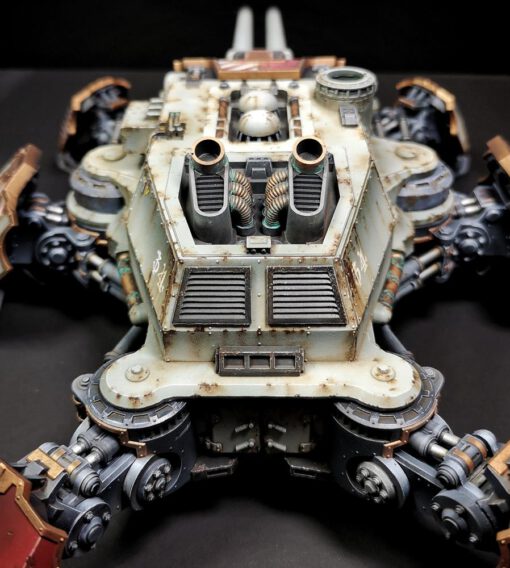 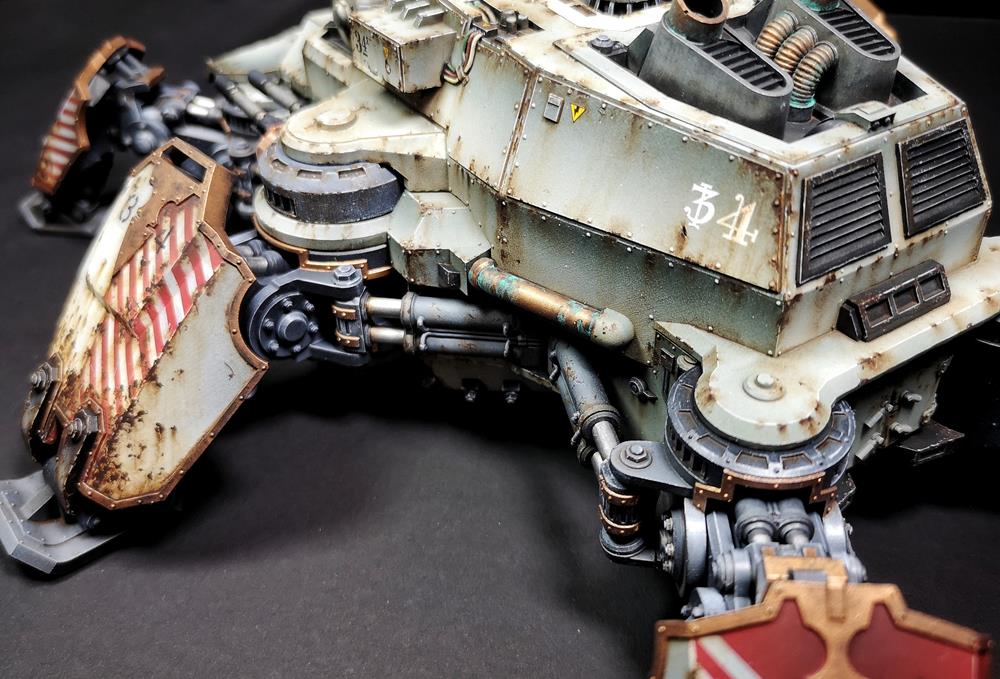 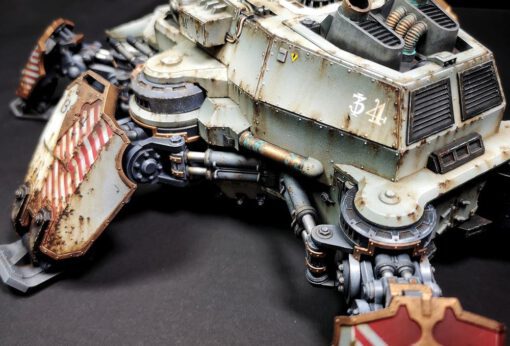 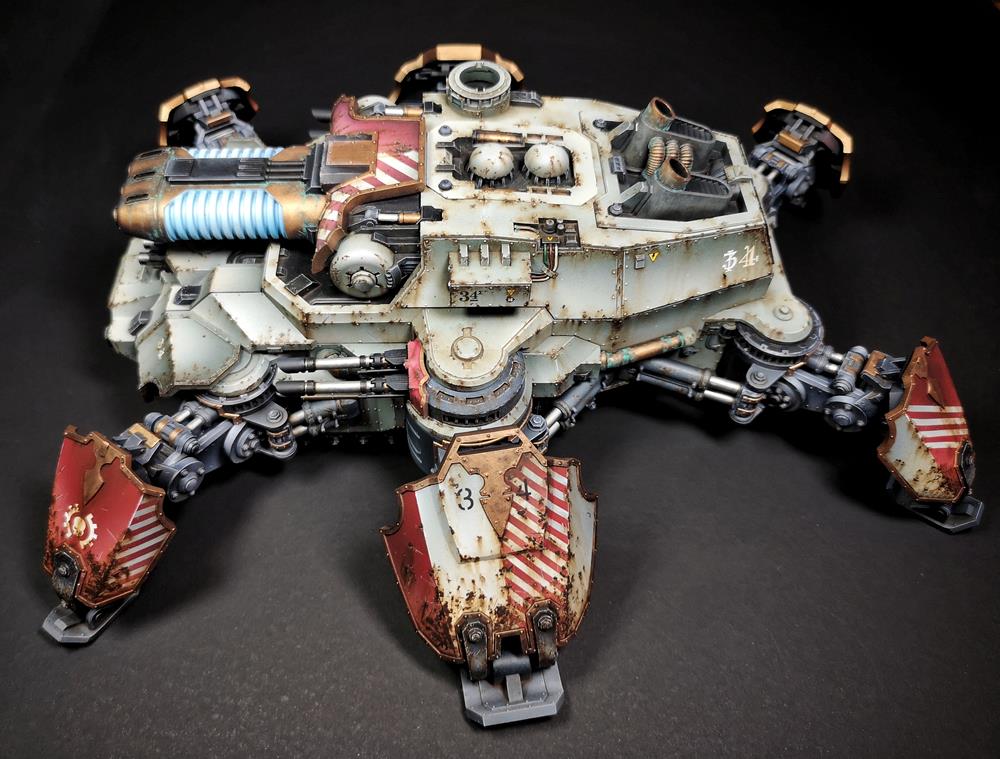 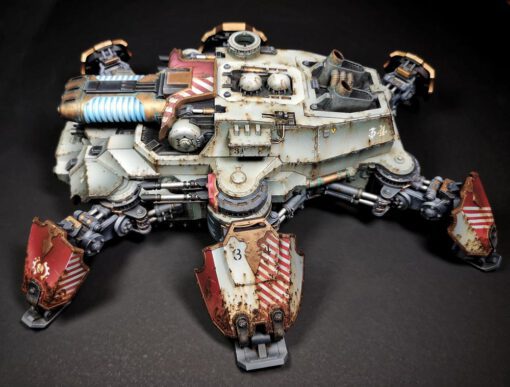 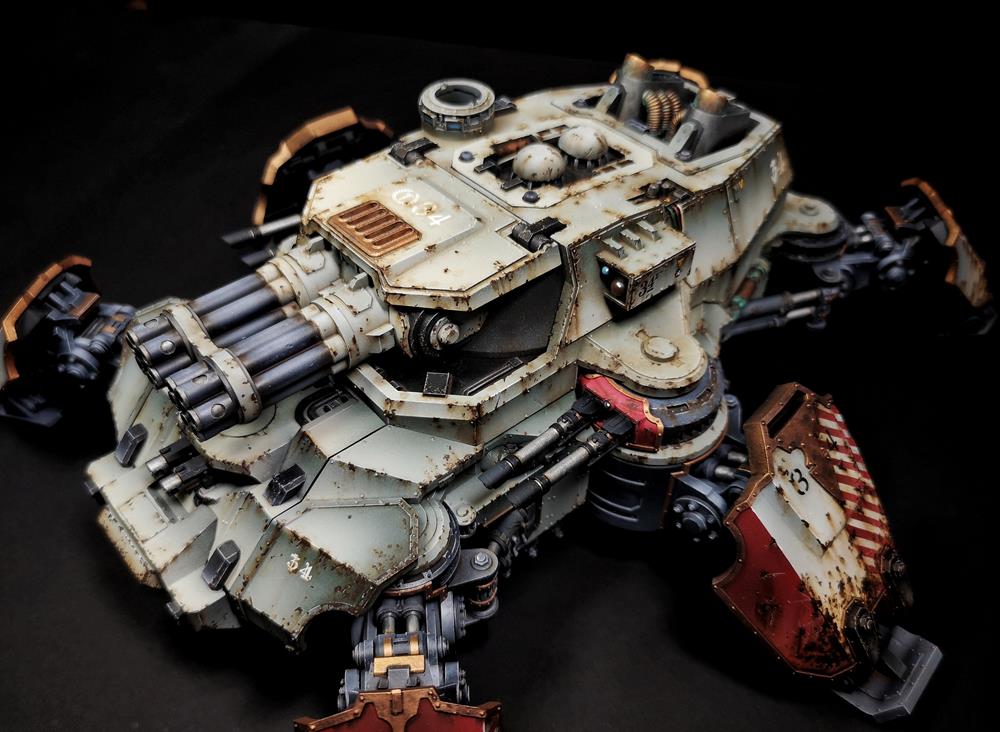 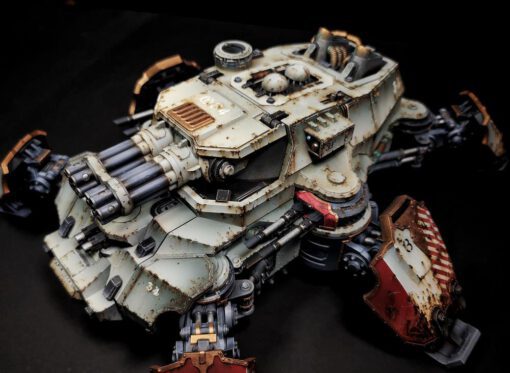 The Super Heavy Warcrawler kit will include several weapon- and individualization- options:

secondary weapons (double mount on top, front and in side turrets):

All legs can be moved horizontaly.

Final product may vary slightly from the pictures. Different to some Facebook or Instagram posts the kit will not include a turret version.

Product comes unassembled and unpainted. Rework like deburring, grinding, bending and filling  of components is neccessary to ensure fitting parts. 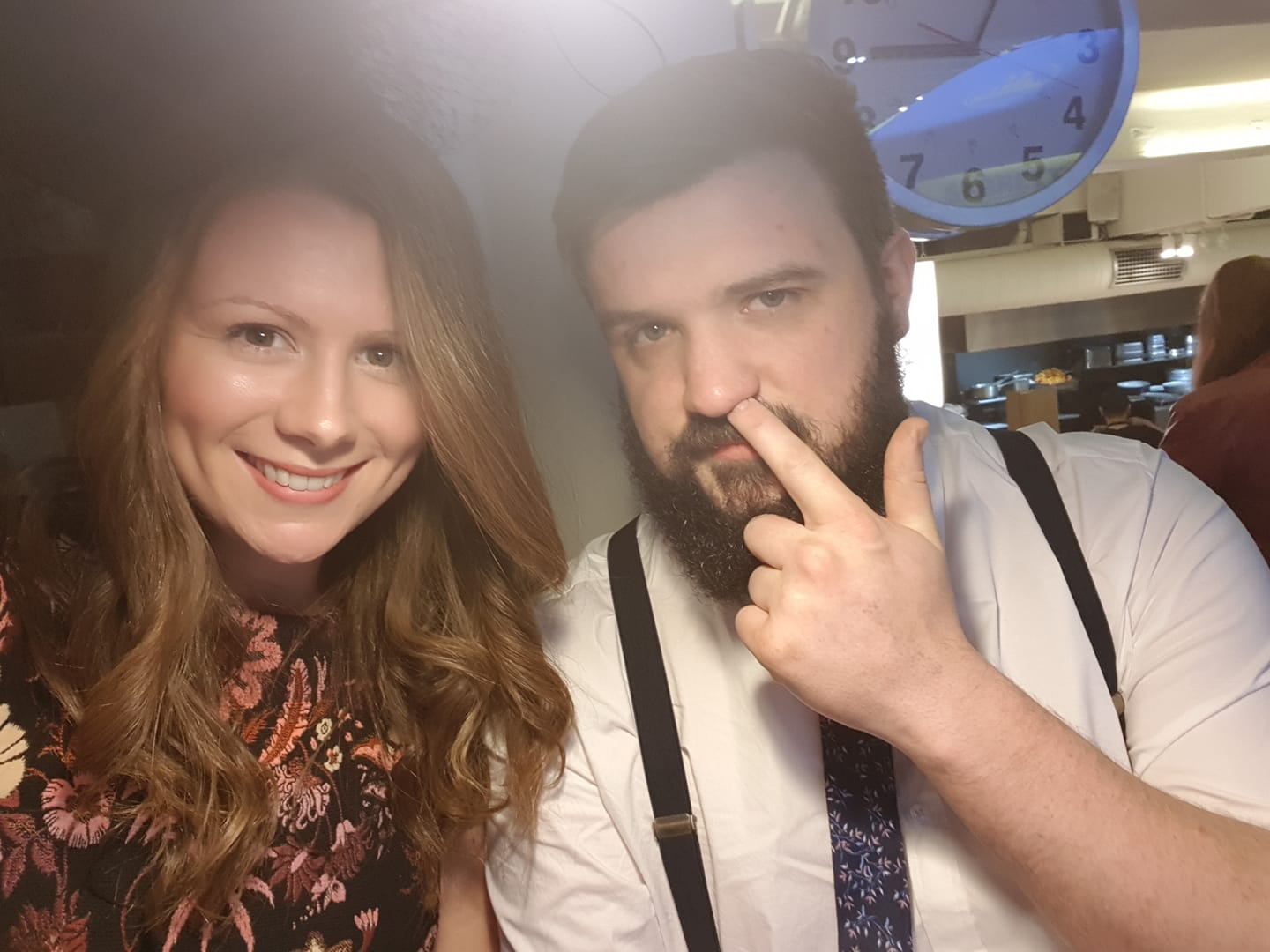 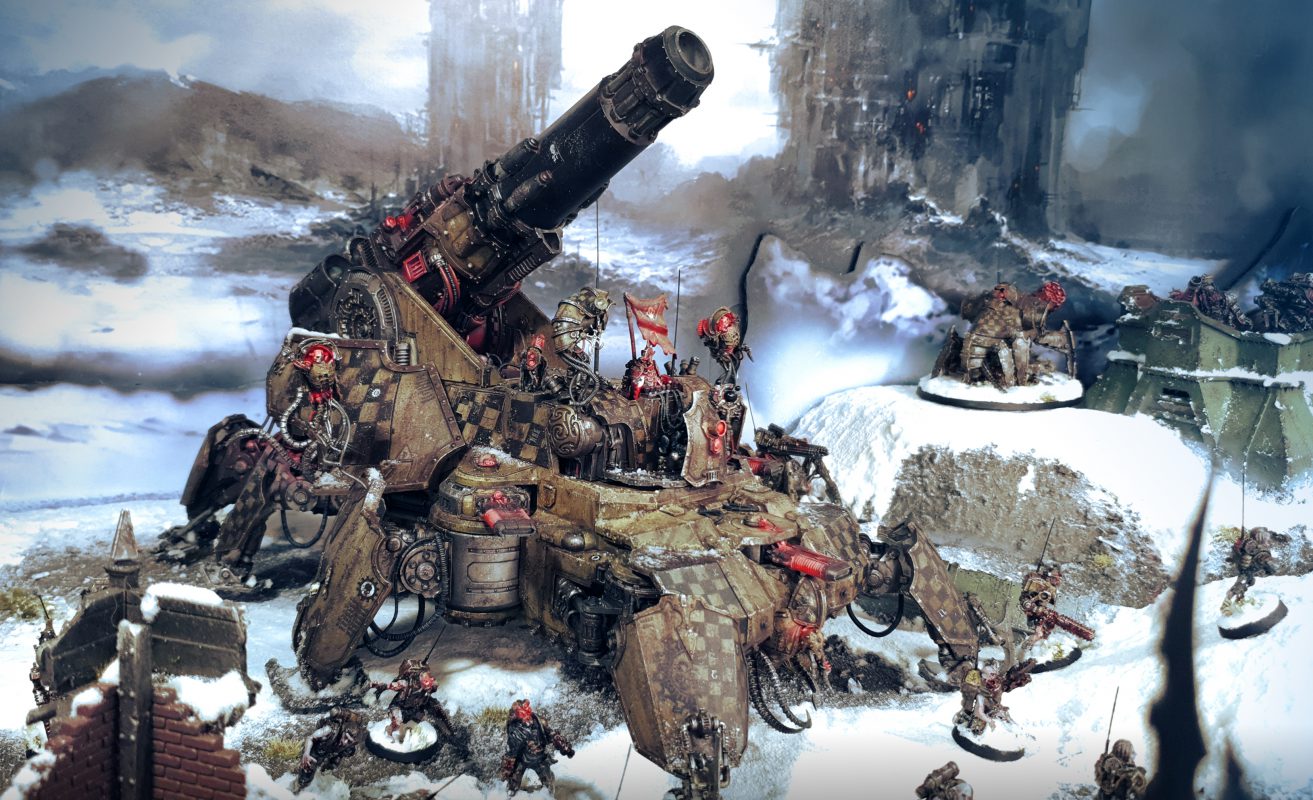 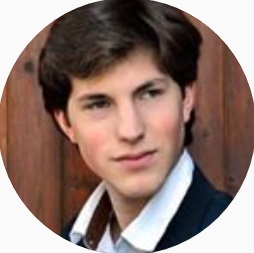 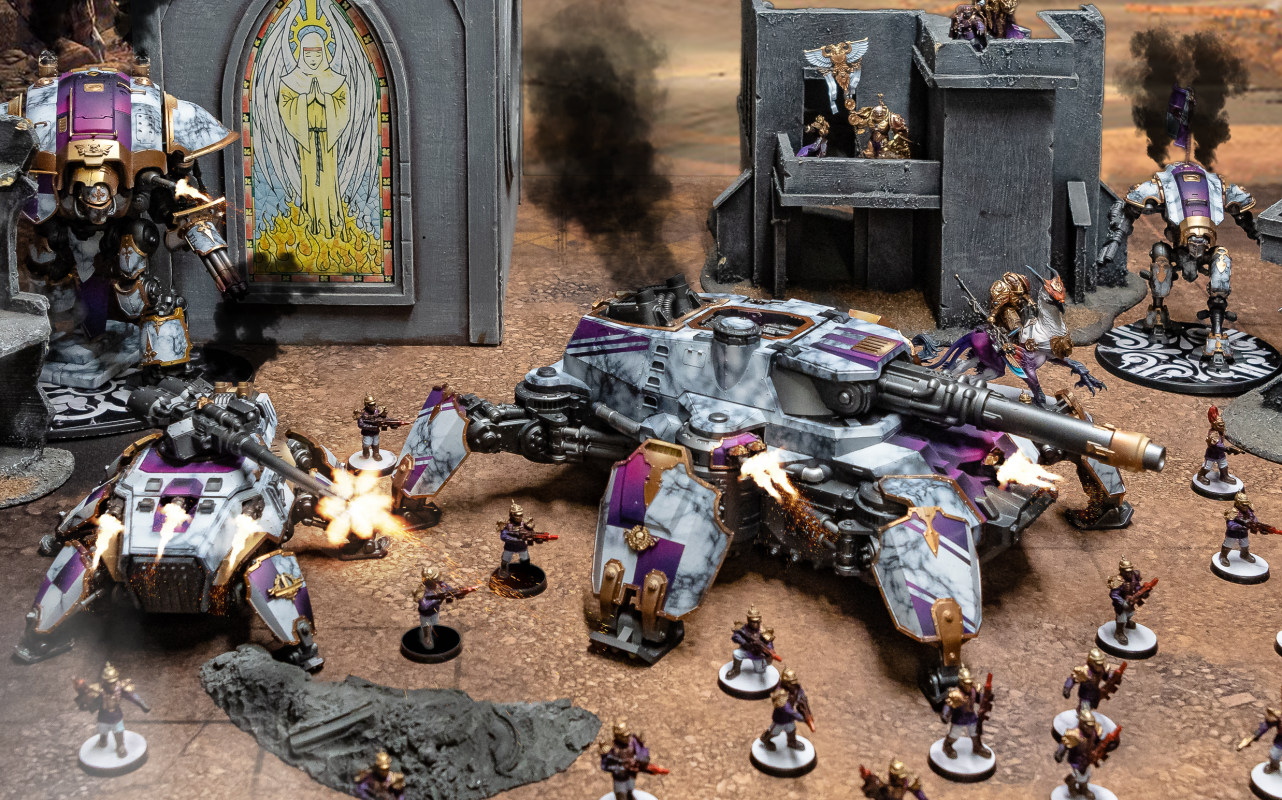 Avoid generating dust; fine dust dispersed in air in sufficient concentrations and in the presence of an ignition source is a potential dust explosion hazed. On combustion, may emit toxic fumes of carbon monoxide (CO).

Risk of inhalation can be mitigated by taking certain precautions. When sanding polyurethane resin, use wet sandpaper to reduce the amount of airborne dust, and always wear a filter mask and safety goggles. Gloves and a long-sleeved shirt are also a good idea to reduce skin exposure. The room in which you are working should be well-ventilated. If you begin experiencing any adverse reactions while sanding polyurethane resin, you should contact a physician immediately.

There are no reviews yet.